In 2017/18, the tax gap – the margin between what was collected and what was estimated as owed- was £35 billion. Whether that’s an accurate figure or not is anyone’s guess.

But the fact is, tax avoidance is legal and everyone has a right to do their utmost to legally pay the least tax they can. 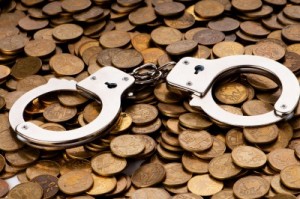 It’s not just an opinion. A succession of famous court cases has enshrined that right in law.

Lord Clyde, who was presiding, famously said: No man in this country is under the smallest obligation, moral or other, so to arrange his legal relations to his business or to his property as to enable the Inland Revenue to put the largest possible shovel in to his stores.”

Every taxpayer has a right to honestly avoid tax

He went on to add: “ The Inland revenue is not slow to take every advantage which is open to it under the taxing statutes for depleting the taxpayer’s pocket. And the taxpayer is in like manner, entitled to be astute to prevent, so far as he honestly can the depletion of his means by the Revenue.”

This was supported in another celebrated tax case – Inland Revenue Commissioners v The Duke of Westminster (1936 19TC490) when Lord Tomlin reiterated the earlier case, saying: “Every man is entitled, if he can, to order his affairs so that the tax attaching under the appropriate Acts is less than it otherwise should be.”

To date, this general principle of tax law has not changed.

The Chancellor and anyone and everyone at HM Revenue and Customs can harangue tax cheats who avoid paying tax all they like in their media-go-round, but the law is the law. Tax avoidance is legal.

Tax evaders are the real-world tax cheats. These are the individuals and corporations the government should be challenging.

Besides criminal law, the taxman has a powerful anti-evasion tool – The Ramsay Principle.

Basically, the principle is that where tax is due and a taxpayer makes a transaction or series of transactions with no other purpose than evading tax, then the transactions should be ignored and the tax due at the start should be paid in full.

These three cases draw attention to the three key points of tax planning:

The crucial point for a tax adviser is setting out a tax strategy within those parameters.