If you’re interested in football and are sitting a financial services exam, then you may be surprised to know that you’ve been watching some prime examples of individuals who are resident and domiciled in different countries at different times. Don’t believe me? Then consider the following: 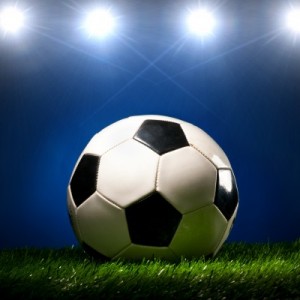 Many players are resident and domiciled in the UK –  if they play for a UK club it is likely they will be automatically resident in the UK for that tax year as they would have a home in the UK, be in full time employment and live in the UK for more than 183 days of the tax year. England is the country they regards as their permanent home and many were born in the UK.

Some payers will be resident in the UK in the current tax year (those that play for UK clubs full time) but are not deemed domicile as they have not spent enough time in the UK and were born overseas. If they decide to permanently move to the UK they could look to acquire a new UK domicile. This is called a domicile of choice.

Some players , take David Beckham for example, he and his family have been in the USA for a good few years now, after spells in Spain and Italy, so he’s been away from the UK many years. He’s not resident and not ordinarily resident in the UK, but his heart is in the UK so it’s unlikely that he has lost his UK domicile of origin.

Take Arsene Wenger, he worked in the UK continuously since 1996 and has now retired here so he is resident in the UK. He’s had over 20 years in the UK now and loves it here, he’s even been awarded the OBE – he may not yet have lost his French domicile of origin but as he has spent over 15 of the last 20 years in the UK he will be treated as deemed domicile for Inheritance Tax purposes.

Residence is the status of an individual for a particular tax year – 183 or more days in the UK in a tax year and you are resident for that year.

Why is this important? For tax of course – and all of these footballers are high earners. The taxes it particularly affects are Income tax and Capital Gains Tax. If an individual is resident in UK they are liable to income tax on UK and overseas earnings and CGT is liable on worldwide gains.

I knew there had to be a way to link football with financial services CII exams!